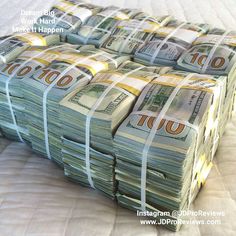 PHILADELPHIA (WPVI) — Authorities say there’s a lot of counterfeit cash around our region, and the makers of the bogus bills have figured out how to avoid detection.

The Secret Service is warning area businesses about counterfeit $100 bills being used.Those bills can actually circumvent those counterfeit detector pens widely used by many businesses.

As a matter of fact what the secret service says about those marker pens may come as a big surprise to many businesses.

The pen reacts to starch contained in most paper sold around the world. Real U.S. currency paper does not contain starch. So if the bill is real, the ink turns yellow. But if it’s fake, it will turn a dark blue or black. The problem is what the counterfeiters are now doing with genuine currency.

“There are bleached notes, genuine notes, one dollar, 5 dollars, 10 dollar notes that are bleached and then raised to $100 notes,” Fester said.

An example of what is happening is that a counterfeiter starts with a genuine $5 bill, bleaches the ink and over prints a bogus $100. So the pen detects that it’s genuine currency, but cannot detect that it’s not a $100 bill.

That’s what happened to at least two South Street businesses over the weekend, Rex 1516 and The Jet Wine bar. Both $100 bills that were used passed the pen test, but turned out to be counterfeit.

A UV light exposes the watermark and security thread embedded inside currency. Blue if it’s a $5 bill and red if its $100 bill.

The secret service estimates that roughly $45,000 to $50,000 dollars of counterfeit money is passed weekly through the Philadelphia region.

If there is any question as to whether the currency they have is genuine, they should contact their local Secret Service office or their bank.The UV flashlights are widely available on the internet for about $12.

For more information on detecting counterfeit bills, you can visit the Secret Service website.